Fenugreek (Trigonella foenum-graecum L.) appears to be the most effective herb that is used to increase milk supply. It has been reported to be an excellent galactagogue for some mothers, and has been used as such for centuries. Non-pharmaceutical methods of increasing milk supply should be tried before taking prescription medications, as there can be significant side effects from prescription medications used to increase milk supply. See the Academy of Breastfeeding Medicine’s protocol #9 on the use of galactogogues.

.
Mothers generally notice an increase in production 24-72 hours after starting the herb, but it can take two weeks for others to see a change. Some mothers do not see a change in milk production when taking fenugreek. Dosages of less than 3500 mg per DAY have been reported to produce no effect in many women. One way reported to determine if you’re taking the correct dosage is to slowly increase the amount of fenugreek until your sweat and urine begin to smell like maple syrup. If you’re having problems with any side effects, discontinue use and consider alternative methods of increasing milk supply.

Fenugreek has been used either short-term to boost milk supply or long-term to augment supply and/or pumping yields. There are no studies indicating problems with long-term usage. Adequate production is usually maintained as long as sufficient breast stimulation and emptying continues.

Fenugreek is used to flavor artificial maple syrup, and is used as a common food ingredient (curries, chutneys, etc.) and traditional medicine in many parts of the world, including India, Greece, China, north Africa and the Middle East. It is a basic ingredient of curry powder (often used in Indian cooking) and the Five Spice mixtures (Asian blend). It is also eaten as a salad and sprouted. Fenugreek is considered safe for nursing moms when used in moderation and is on the U.S. Food and Drug Administration’s GRAS list (Generally Recognized As Safe). As with most medications and herbs, various side effects have been noted; see the side effects and safety information below.

Possible side effects and cautions:

Use with caution or avoid if you have a history of: 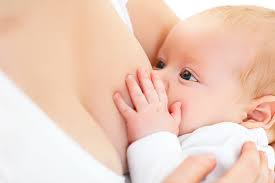 Wellica sells only the best quality vitamins. Most of our brands of supplements can only be purchased in a vitamin shop. The big stores carry the made in China brands. Beware of the cheap China made vitamins.

Sign up for our newsletter and be the first to know about coupons and special promotions.